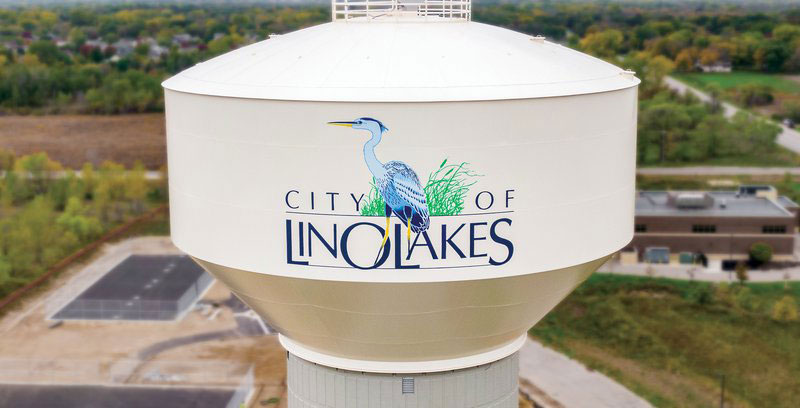 Tnemec Company has been celebrating the innovation of water tank design since 2006 with their annual Tank of the Year competition. In 2021, nearly 300 tanks from around the country were nominated for this award. Minnesota’s Lino Lakes water tower made it to the competition’s Top Ten with its understated custom design.

The 1.5-million-gallon composite water tower began in late 2019 and was completed in the Summer of 2021. In an article in White Bear, Minnesota’s Press Publications, the editors explain the construction efforts of the tank’s design. With the pedestal portion of the tank composed of reinforced concrete and tank composed of high-performance steel, the tank was placed on top of the pedestal utilizing a hydraulic lift system, a process that took over three hours.

The designs of water towers often embody the cities in which they reside with a featured logo, historical element, or recognizable featured character. For example, the representatives at Tnemec Company describe the Lino Lakes tower design as, “Showing one of the many large species of birds often found along the shores of the surrounding lakes, the great blue heron, reminds visitors of all the splendor that the community has to offer.” 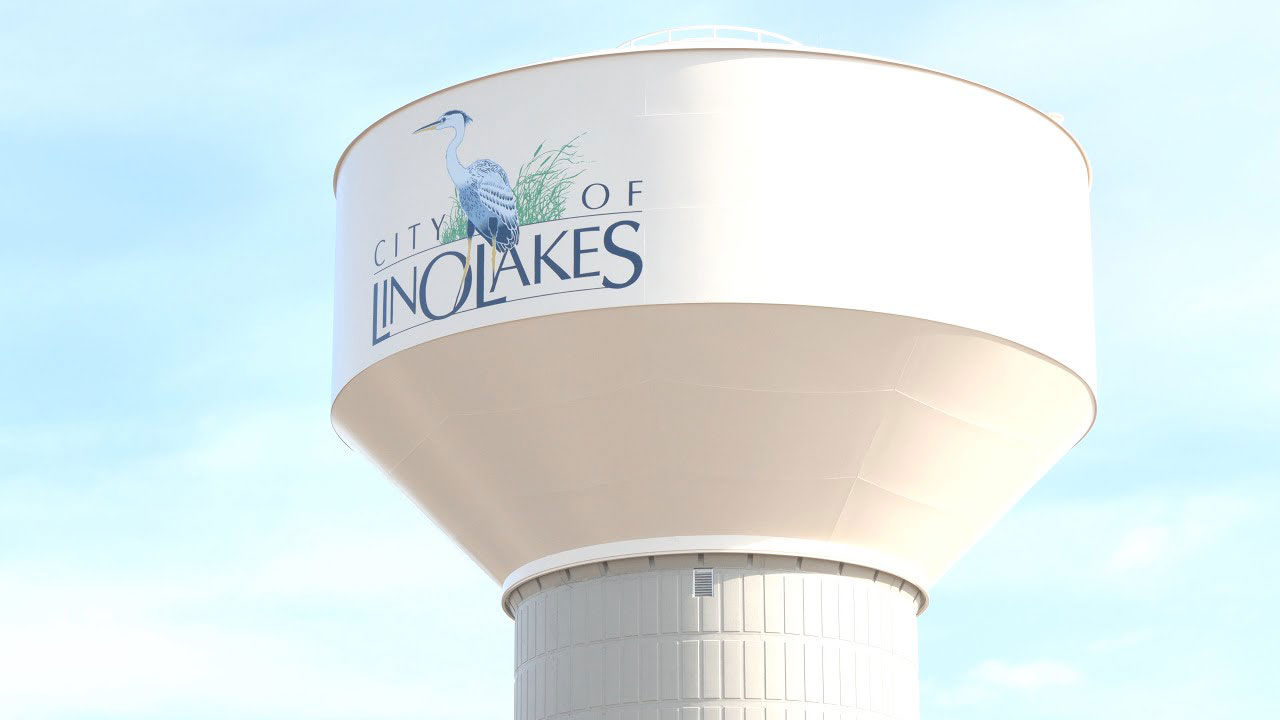