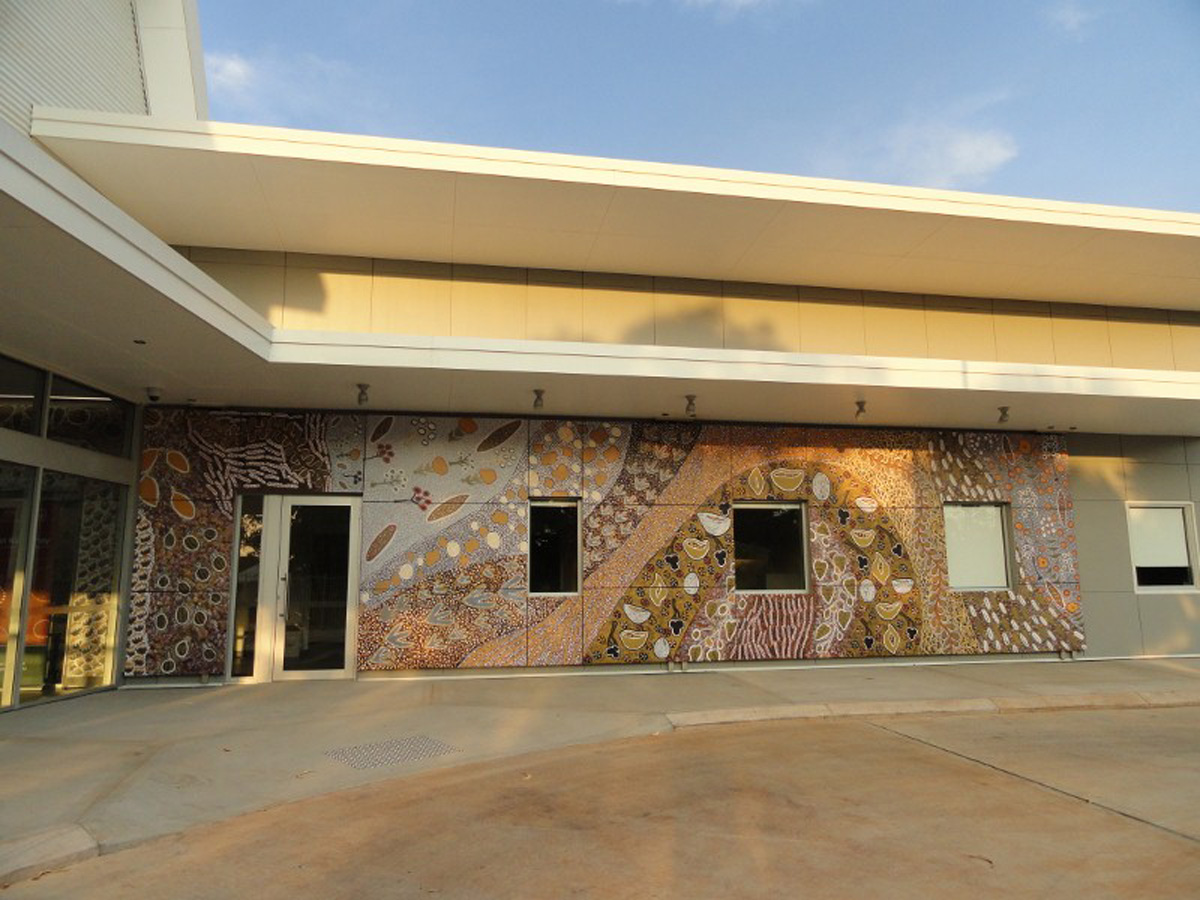 “The Bush Medicine Project” was a collaborative effort between nine indigenous artists who were called to produce an artistic contribution for the Ochre Health Center in Kurunurra, Western Australia. The Waringarri Aboriginal Arts artists, a group of Indigenous artists who focus on the celebration and the preservation of Aboriginal cultures through art, worked on “Bush Medicine” for a total of six months. Contributors met and shared ideas regarding appropriate indigenous motifs that were relevant to the world of medicine. They turned to the culture of Kurunurra’s indigenous community, the Miriwoong people, for inspiration and found their concept in bush medicine.

“The Bush Medicine Project” not only gave the Waringarri Aboriginal Arts artists a platform to creatively share bits and pieces of Aboriginal cultures, but it also offered artists an opportunity to learn new information about indigenous medicine. 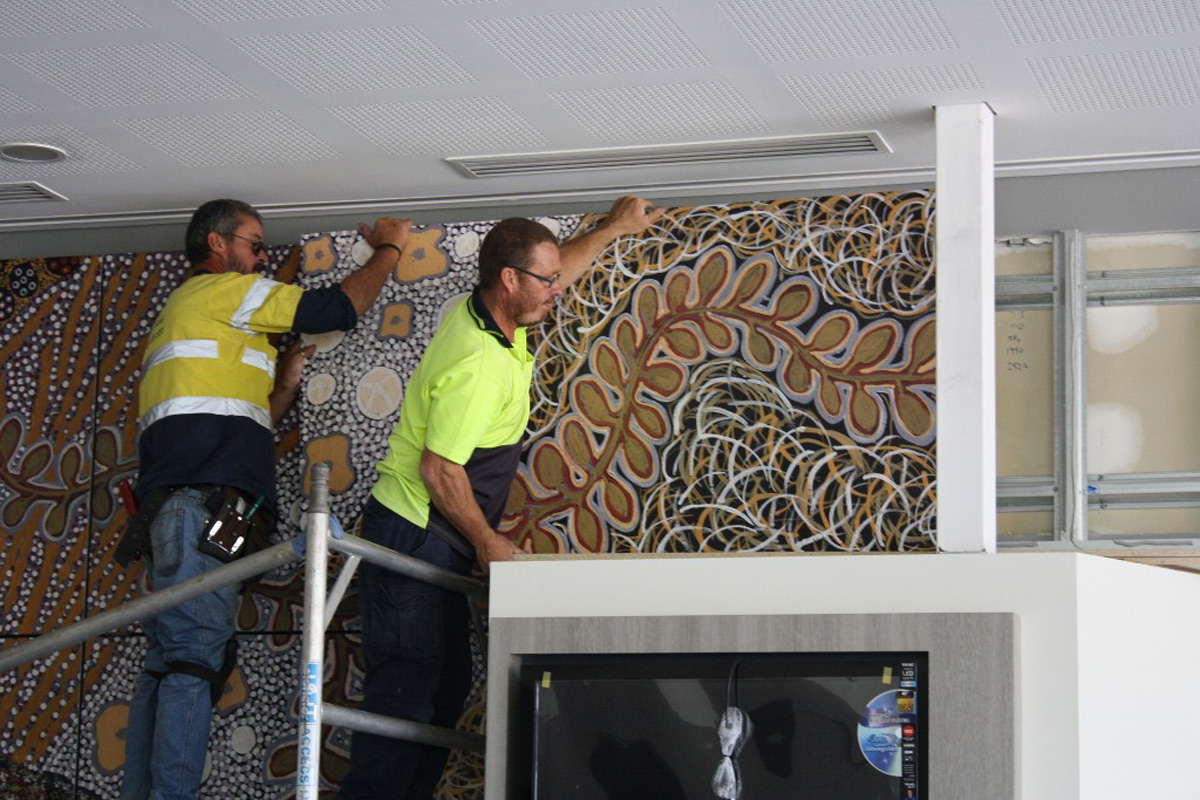 Artist Peggy Griffiths reflects on her time working on the project, “It was so good to sit together, painting together and learning the stories and memories from when we were young. We started small with drawings on paper and finished big. It was a good project. There were things we didn’t know and now we have the knowledge about our good bush tucker and bush medicines.”

As Griffiths said, artists developed their concepts through sketches on paper. Once the design was finalized, it was then digitally scanned, scaled to up 108 ft x 9 ft, and printed on Vitragroup’s Vitrapanel custom image panels, and installed. The final product, the “Bush Medicine Project,” was printed on Vitrapanel fiber cement panels and protected with A&I Coatings’ Vitreflon, a long-lasting, hyper-durable fluoropolymer coating system that can withstand wind, moisture, and harsh UV radiation. Vitreflon employs Lumiflon FEVE resin technology that ensures gloss and color, allowing the “Bush Medicine Project” to remain installed for an extended period of time.

Photos and information courtesy of Vitragroup and Waringarri Aboriginal Arts