The Albany Entertainment Center (AEC) is a premiere performing arts venue that rests on edge of Princess Royal Harbor in Toll Place, Albany, Australia. The AEC houses the Princess Royal Theatre, a 620-seat auditorium that is equipped with catwalks, an orchestra pit, fly tower, and superior sound and lighting system. The AEC is also home to Kalyenup Studio, an additional hall that could hold up to 200 people and the Hanover Room on the second level, which offers parties a picturesque view of the harbor.

The $70 million project was a collaborative effort between Cox Howlett and Bailey Woodland of Cox Architecture with Roberts Gardiner. Completed in 2010, the AEC was built with the intention of increasing community interaction in addition to serving as the center point where Australia’s rich history and diverse cultures can unite and grow together. 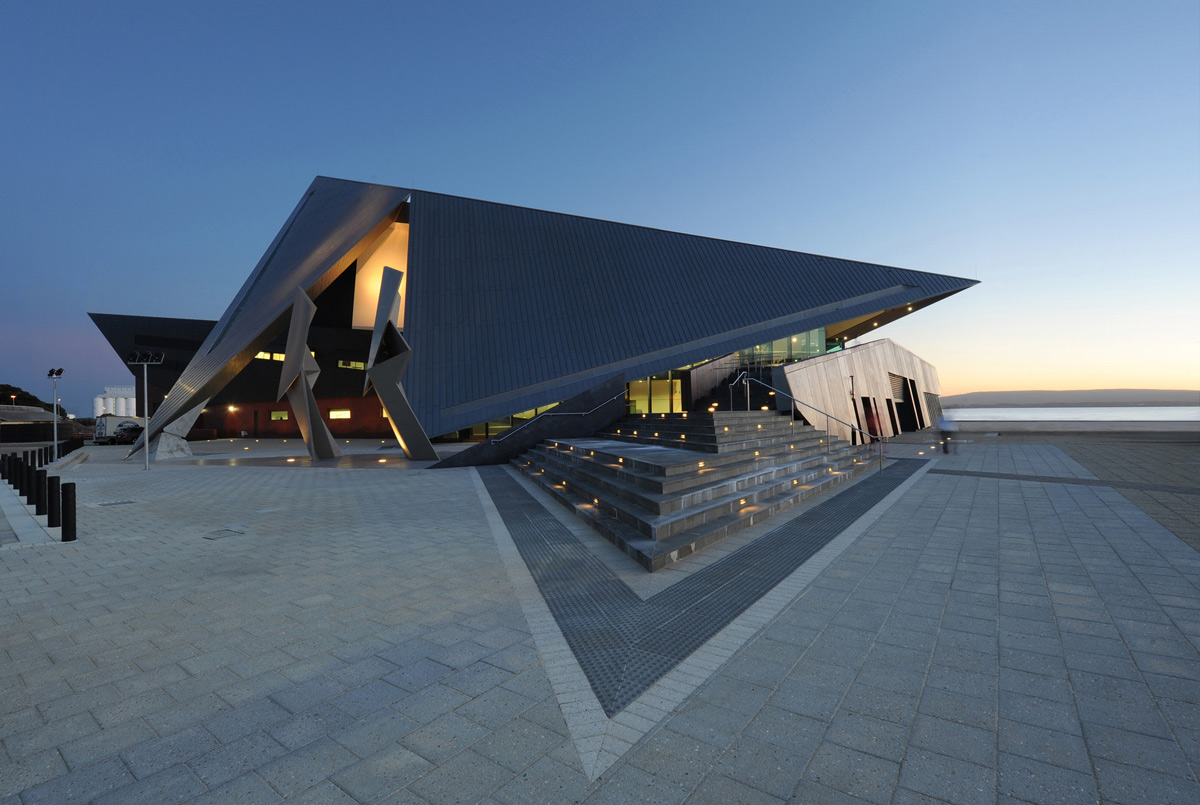 The sleek exterior of the building is enveloped in zinc-cladded paneling and takes on the appearance of a diamond, its striking shape seamlessly blends in with the crystalline earth, the rippling waters of Princess Royal Harbor and the town’s neighboring mountain. The award-winning design allows the AEC’s visitors to maintain a connection to the surrounding areas, due to the large glass walls and the installed skylights that create the illusion of wide, open spaces, bringing the outside environment much closer to AEC visitors.