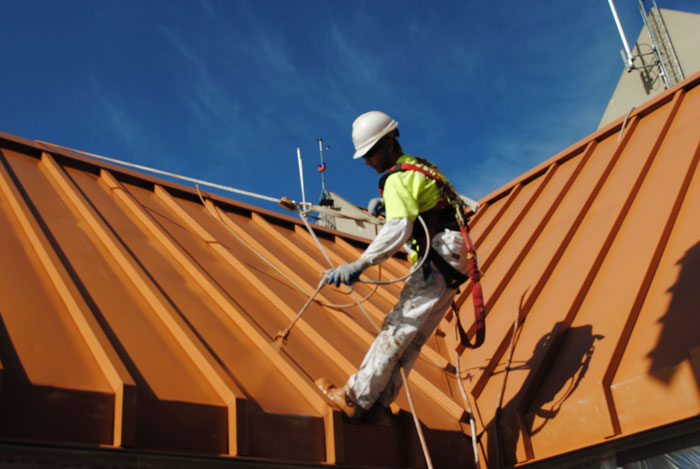 Posted on January 23, 2013June 3, 2013 1 Comment on The Contributing Factors To The Low Life Cycle Costs of FEVE Resins

Repainting and maintenance work on buildings, bridges, and other structures can cause both financial and operating disruptions. There are also significant environmental costs associated with repainting operations. FEVE resins minimize these costs.

In addition to low VOC content, low life cycle costs make FEVE technology a more environmentally friendly choice. In a typical scenario, FEVE based coatings are more expensive than polyurethane coatings on a $/gallon basis. However, due to FEVE’s superior weatherability, they will last at least twice as long as most coatings before recoating is necessary.

The outstanding weatherability of FEVE resins is due to the unique high bond energy of the carbon-fluorine bond, and to their unique polymer structure. FEVE resins successfully prevent UV degradation thus maximizing gloss retention.

Fluorourethanes made with FEVE resins can perform effectively for several years in the presence of such corrosion initiators as chloride ions, water and oxygen. This advantage is due to the fluorine atom making the FEVE Coating “tight” and its inherent low levels of coating degradation.

Investing in FEVE coatings today can reduce the use of maintenance dollars in the future, freeing these funds for use on other projects. When applied at adequate thickness, FEVE based topcoats can be expected to last up to 60 years.

FEVE resins have a 20-year history of successful use in the field. FEVE coatings can substantially reduce life cycle costs for bridges, buildings, and other structures while offering significant improvements in appearance and corrosion protection over the life of the coating.