In November 2016, the Aura Boulevard Bridge finally opened for the public. The bridge, located on the Sunshine Coast in Queensland, Australia, was a $5 million investment that took a year to construct. The structure, which serves as a two-way bridge for cyclists, is the newest method of entry into Aura. Aura is one of Australia’s newest communities; the first in Australia to be built to the world’s highest sustainability standards. The construction of the bridge was a major step in the development of the community.

Ben Simpson, Regional Manager for the Sunshine Coast at Stockland, the property group that supported Aura’s infrastructure project, said, “This is a major milestone four exciting new community and is the first completed project as part of Stockland’s $1.3 billion Infrastructure Agreement to support the development of Aura.”

He elaborated on the 246-foot bridge, stating, “The bridge has been aligned to take in the stunning views of the Glass House Mountains and Aura’s remnant Blackbutt forest, allowing pedestrians and cyclists to stop along the bidge and soak in the panoramic scene before them.” 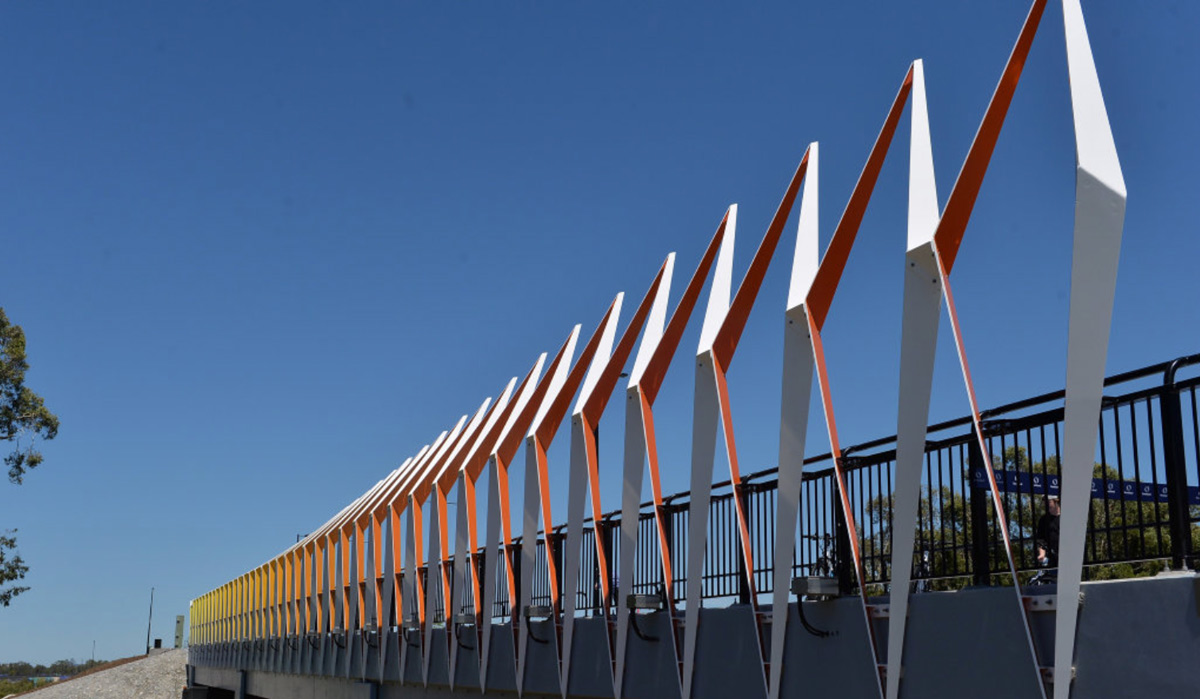 The bike trail is expected to expand as the rest of the community is developed, and will eventually become part of more than 124 miles of bicycle paths that will be added.

The bridge was designed to accommodate cyclists and pedestrians alike. An animal crosswalk has also been added to the structure, which includes a “frog highway” under the bridge and overhead ropes for possums and other fauna to safely cross over.

The Aura Boulevard Bridge is a festive display of color, as 39 multi-colored embellishments are fastened to the side of the bridge. The additional steel facets feature A&I Coatings’ Vitreflon fluoropolymer as a topcoat.