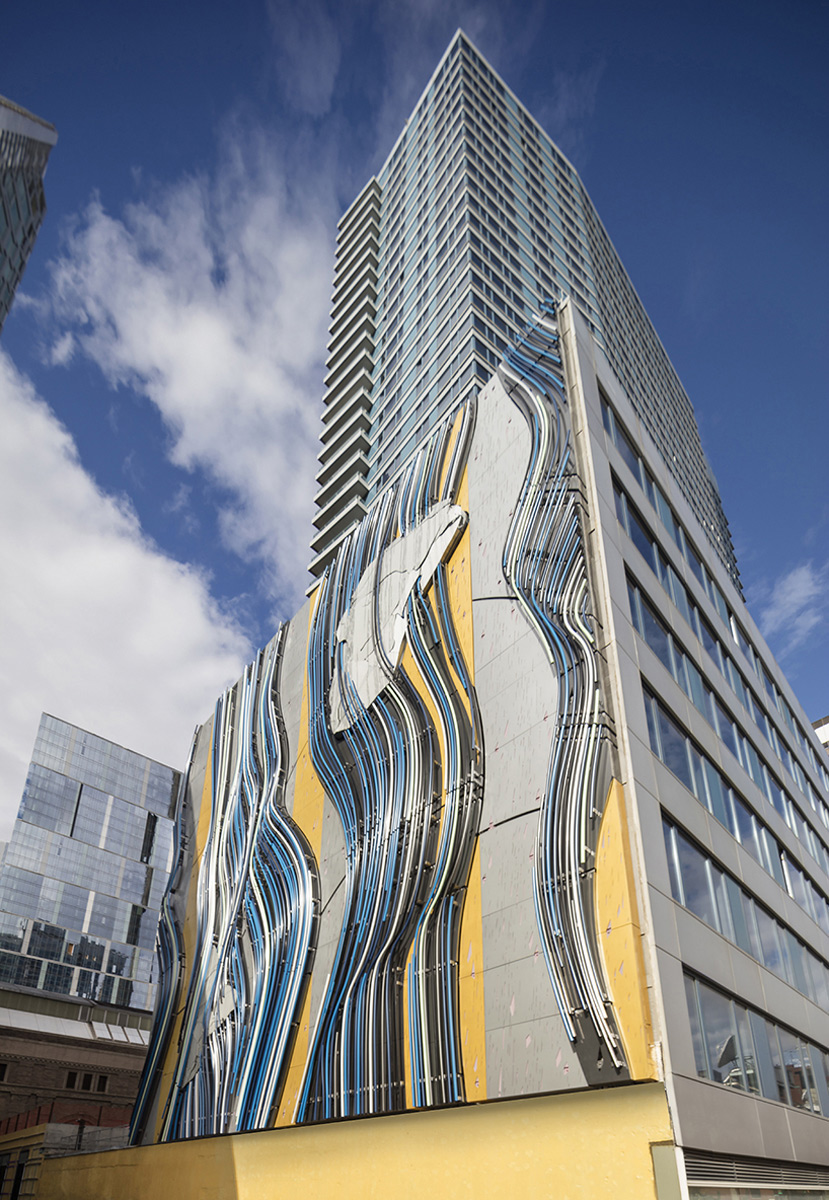 On the VIA 57 West residential in Manhattan, an eight-story sculpture towers over the concrete jungle below. Reminiscent of a flowing river, the sculpture is comprised of curving pipes and aluminum panels that are interlocked with one another, giving the superblock development a unique appearance. The final product, a 16-ton layered masterpiece, was secured onto the residential development’s wall with a stainless steel mounting system.

The widely acclaimed work of art, entitled “River That Flows Both Ways,” is the brainchild of sculptor Stephen Glassman. Glassman’s inspiration for the project was derived from New York City’s Hudson River; before it was known as the Hudson River, early Native Americans who lived in this particular area referred to the body of water as “the river that flows both ways.” 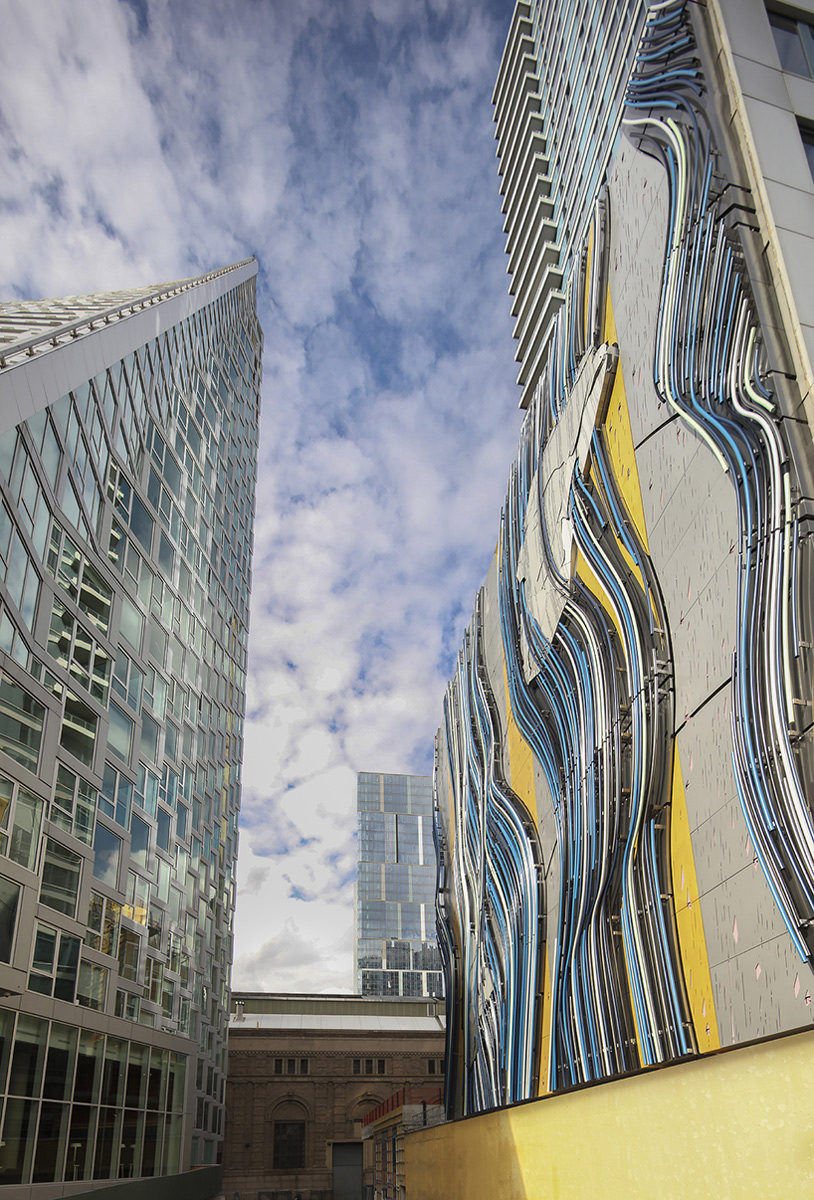 Looking back on the project and what it represented, Glassman stated, “VIA, a skyscraper, began as a singular vertical statement, but in the end, it became a symbol of open space, neighborhood, horizon.” He continued, “You know the light goes through it, the land goes through it, the river is omnipresent. And even though it’s very tall…that’s not the way you think of it. Certainly, it’s an iconic part of the skyline, but it’s very much about open space and I responded to that.” 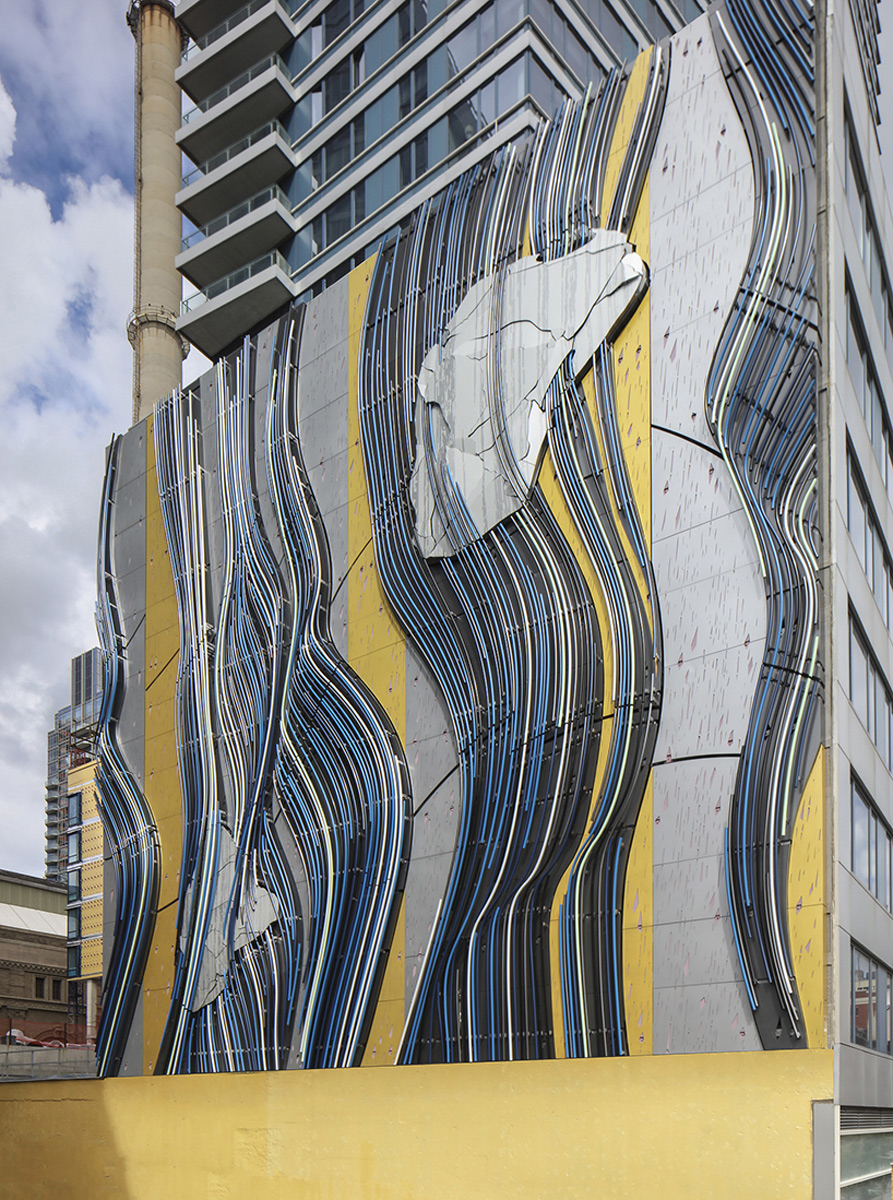 Approximately 400 pipe clusters were given a powder coating system provided by Tnemec. Coatings consultant Dustin Kaatz of southern California-based TPC Consultants, Inc. recalled working with Glassman Studio to find the best products for the sculpture. He said, “[Glassman Studio] came to us and wanted to know if we had a coating that looked like a gold leaf. Their search resulted in a multi-agency effort by Tnemec representatives in California, Utah, and New York.” 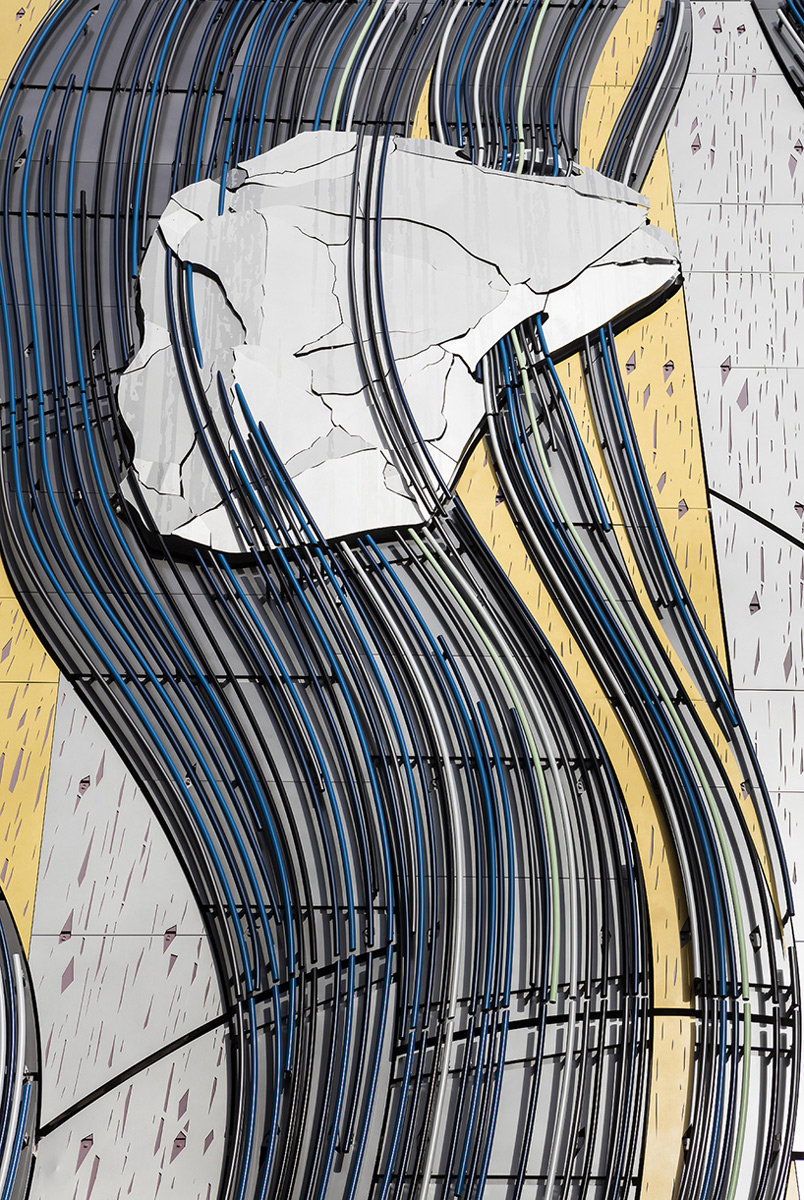 After a nationwide search for the perfect coating system, Glassman Studio found its match: Tnemec’s Series 1078 Fluoronar Metallic was selected for the job. The fluoropolymer employs Lumiflon FEVE resin technology that provides coating systems with benefits such as outstanding durability, color and gloss retention, and weatherability properties.