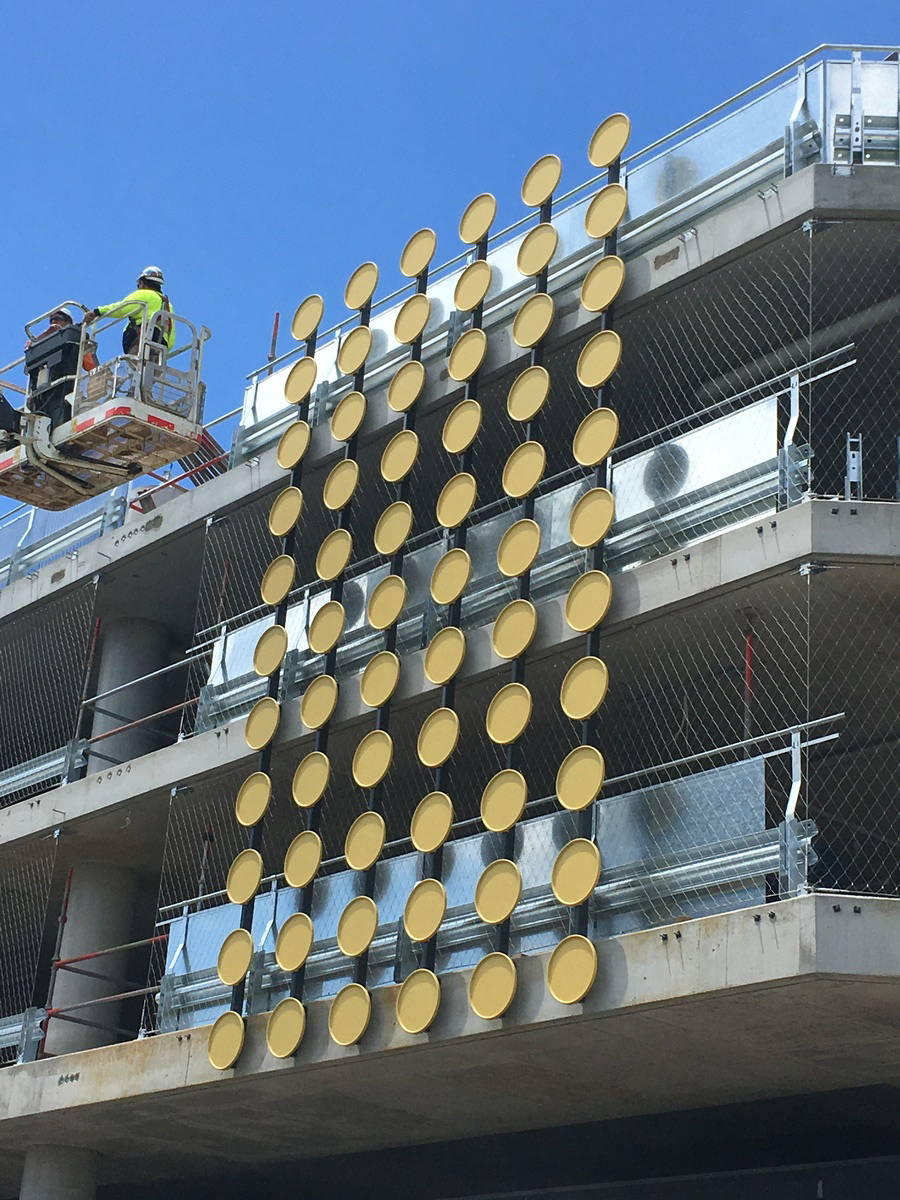 The Randwick Racecourse car park is a multi-deck parking garage, built for 580 vehicles in Randwick, Australia. Designed by Fitzpatrick+Partners, architects collaborated with buildings AW Edwards and installers Tensile to establish the car park.

Involved parties worked together to create a design that was not only aesthetically pleasing, but had a practical function to it as well.

Two crucial aspects of this project were the mesh screen, which was used as a safety function, and the parking garage’s exterior façade. The car park’s façade features approximately 5,500 golden-colored metal decorative discs, which gives the structure an artistic appearance.

A FEVE-fortified coating system is most ideal for a high exposure project like the Randwich Racecourse car park due to the fact that the structure is constantly exposed to UV radiation, water, salt and other elemental deterrents. Without a high performance coating system, the gold color on the decorative discs would quickly fade under the blistering Australian sun, a clear sign of coating degradation.

With a coating like Vitreflon, which contains Lumiflon, the golden embellishments on the carpark’s façade will remain in pristine condition for decades.