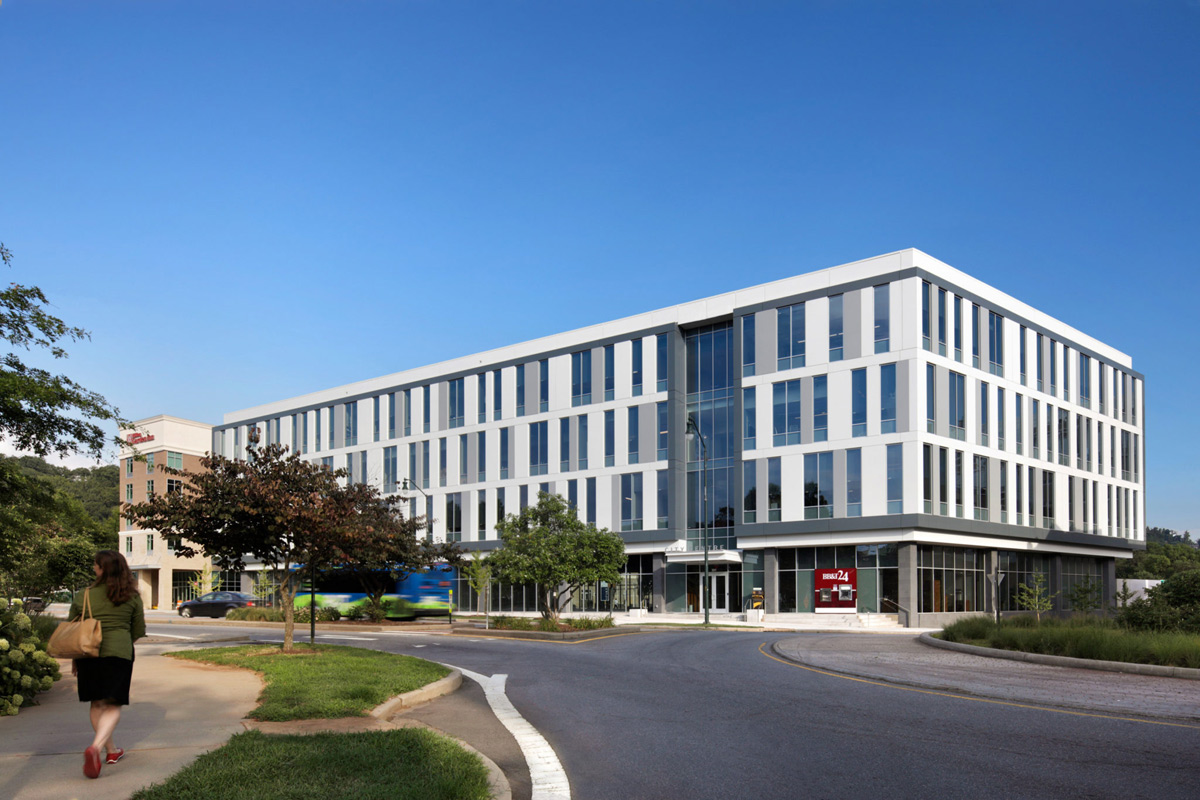 One of the main challenges architects at Clark Nexsen faced while designing the Asheville City Center in Asheville, North Carolina was creating an aesthetically-pleasing building that complied with state energy codes.

Aaron Bruomo of Clark Nexsen stated, “All around the country, the code is changing to require continuous insulation on buildings, which can have a major impact on how a building looks. [Clark Nexsen] wanted to create a building that felt open from the outside, but our energy model dictated that we could only have about 50% glass in the building’s façade and still meet the energy code.”

Designers pursued a model that was both dynamic and functional with the final product taking on the appearance of an offset parallelogram. Different sized ribbon windows were arranged to create a staggered effect to further contribute to the building’s multi-dimensional design. Achieving this look required a new, innovative perspective that wouldn’t put architects over the budget while still obeying energy regulations. While considering the possible materials used for the city centre’s cladding, architects considered insulated metal; however, manufacturing the panels in different sizes was too expensive.

Aluminum composite material (ACM) proved to be the best choice for the project.

“With the insulated panels, it’s not cost-effective to have many different widths,” Bruomo explained, “but with ACM we could have 100 different sized panels if we wanted to. For this building, the majority of the panels are three standard widths arranged in different ways to achieve the ‘random’ pattern.”

The ALPOLIC ACM, which was coated with Lumiflon FEVE and Valspar’s Valflon, was installed using the R-Trac HVHZ pressure-equalized rainscreen system. The R-Track system, developed by Mitsubishi Plastics Composites America, Rmax, and Altech Panel Systems, was specifically created to work with continuous insulation in order to comply with energy codes not unlike North Carolina’s.