The hundreds of thousands of troops who fought and the thousands who died, all on the beaches of Normandy, deserve to be memorialized. The Normandy Memorial Trust funded the creation of the British Normandy Memorial to memorialize the over 21,000 British soldiers who died—compiling research across the UK National Archives and international family records, a comprehensive list of soldiers’ names will serve as adornments on the memorial. 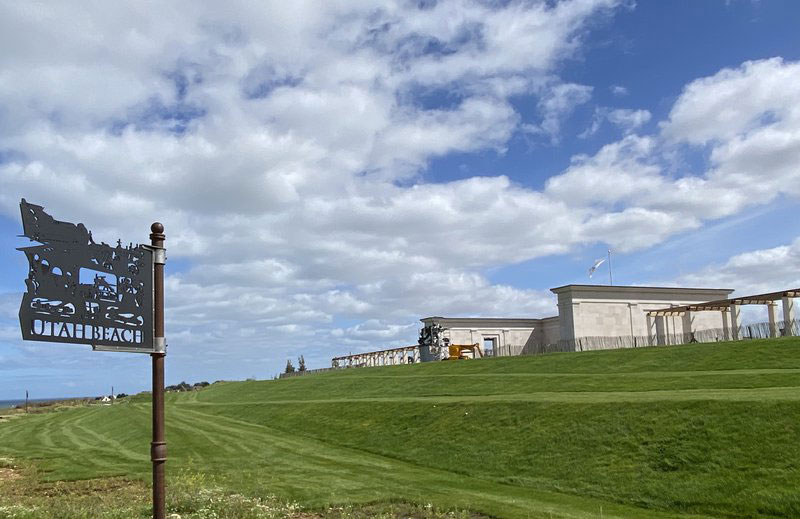 The allied landings in Normandy stretched across 50-miles of beaches that had previously lacked clear signage. Charles Bergen Studios was commissioned to complete a series of signs of the five beaches: Omaha, Utah, Juno, Gold, and Sword.

The representatives at Tnemec Company further explain, “The British Normandy Memorial Waymarker signs are designed to direct visitors to the five invasion beaches and memorialize the story of D-Day. Each sign is a work of art, incorporating visual storytelling techniques and fabricated in the same bronze as the statues in front of the main memorial.” 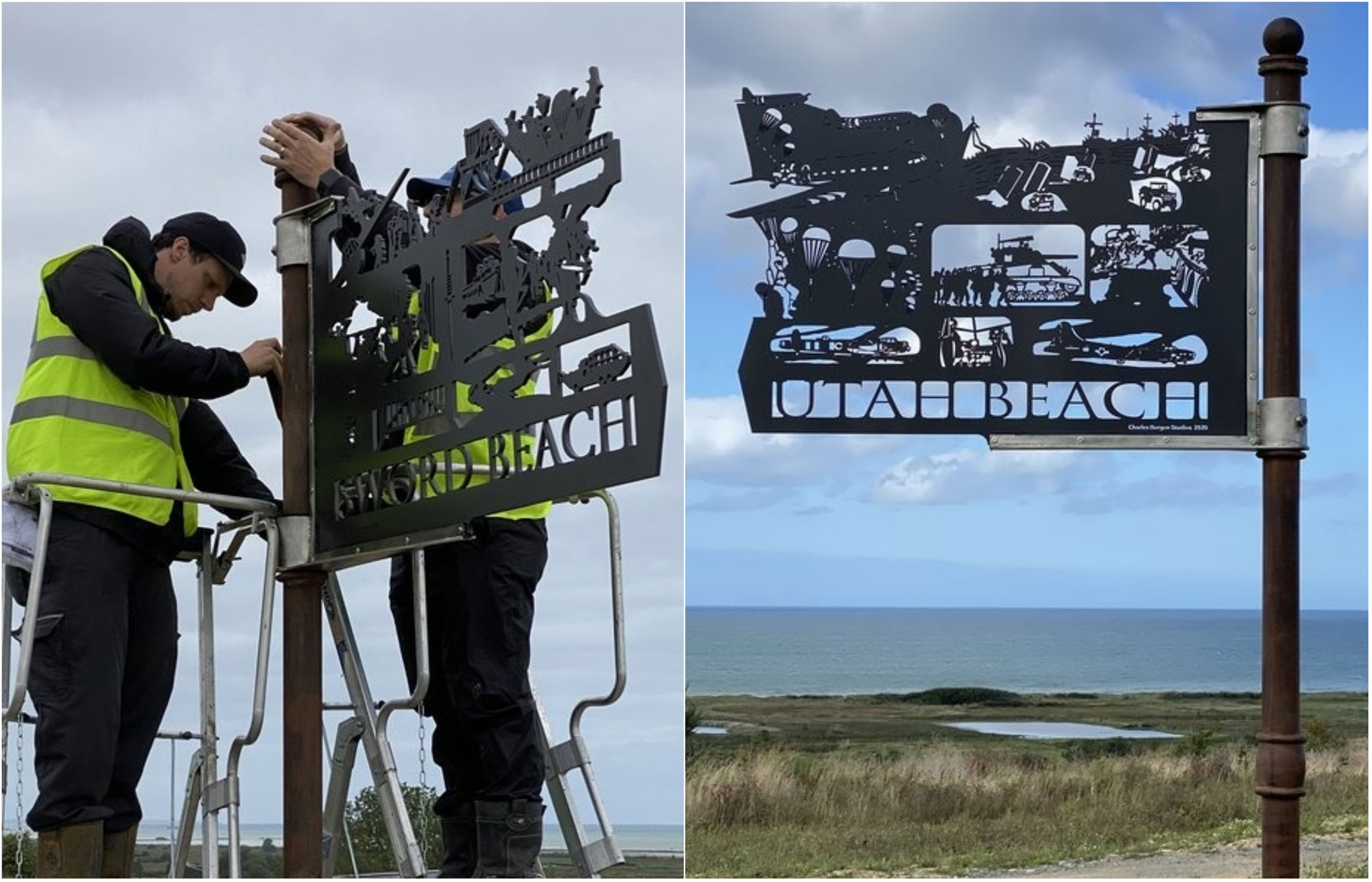 The stunning signs utilized compiled photographic records curated by Kaitlyn Crain Enriquez of the Still Picture Reference Team at the National Archives. The images create a historically accurate and visual motif of each beach waterjet cut out of aluminum sheets.

To ensure the signs could withstand the harsh environmental deterrents (wind, salt, and water) of the beach, Tnemec company generously donated their high-performance coatings system for the project. Chosen for the project was the team’s bronze-colored fluoropolymer finish coat, Series 1078 Fluoronar Metallic. Series 1078 is an advanced thermoset solution fluoropolymer that creates an ultra-durable metallic finish.

The team’s premier Fluoronar coating system contains Lumiflon FEVE resin technology, which allows the coating to remain intact for an extended period, eliminating the need to recoat. In addition, the fluoropolymer protects the building from UV radiation and other environmental deterrents that contribute to coating degradation. Fluoronar, with Lumiflon FEVE resin’s hyper-durable nature, provides a long-lasting, high-performance coating system.