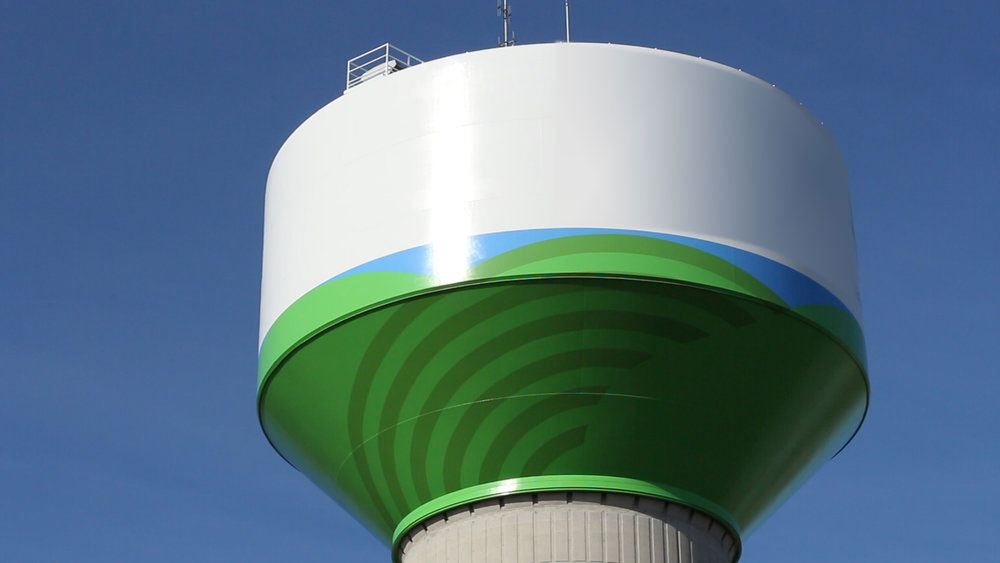 In southwestern Ontario, Canada stands the Chatham-Kent Water Tank. The one-million-gallon tank was built in 1994 and upon an assessment in 2013 was required to undergo both an interior and exterior recoat due to rust bloom. As part of the local area’s Community Brand campaign, which featured the water tank’s design, videos, banners and graphic designs, the tank was redesigned and recoated utilizing Tnemec Company’s fluoropolymer coating system.

Mike Elliott, Associate Partner with CIMA+, the project manager of the Chatham-Kent water tower renovation explains, “The municipality had retained a graphic artist to design a branding scheme to use across the community, including its water tanks. It’s receiving considerable attention from people who have commented on how good it looks.” 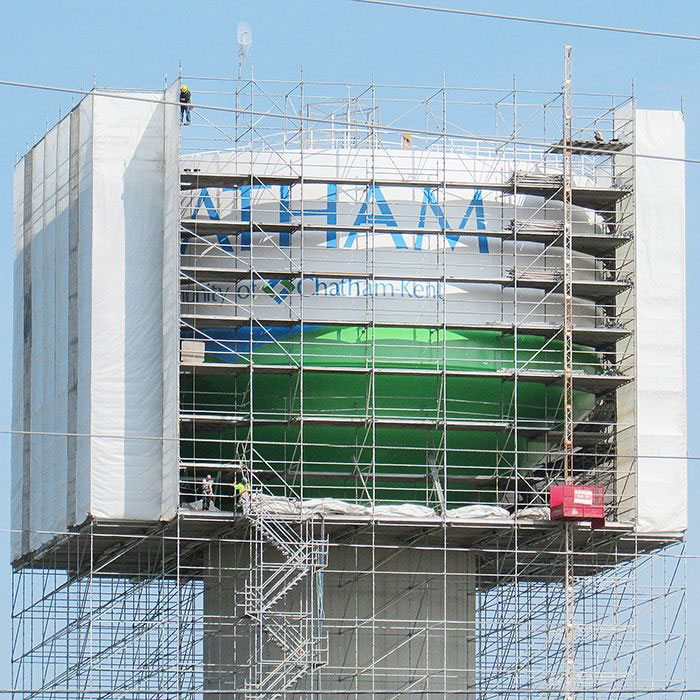 The coatings experts at Tnemec provided the project’s fabricator and applicator, Landmark Municipal Services, the tools necessary for the extensive renovation. On the exterior, the team prepared the steel with SSPC-SP6/NACE no. 3 Commercial Blast Cleaning and primed it with Tnemec’s Series 94 H2O Hydro-Zinc, a zinc-rich urethane for corrosion resistance. 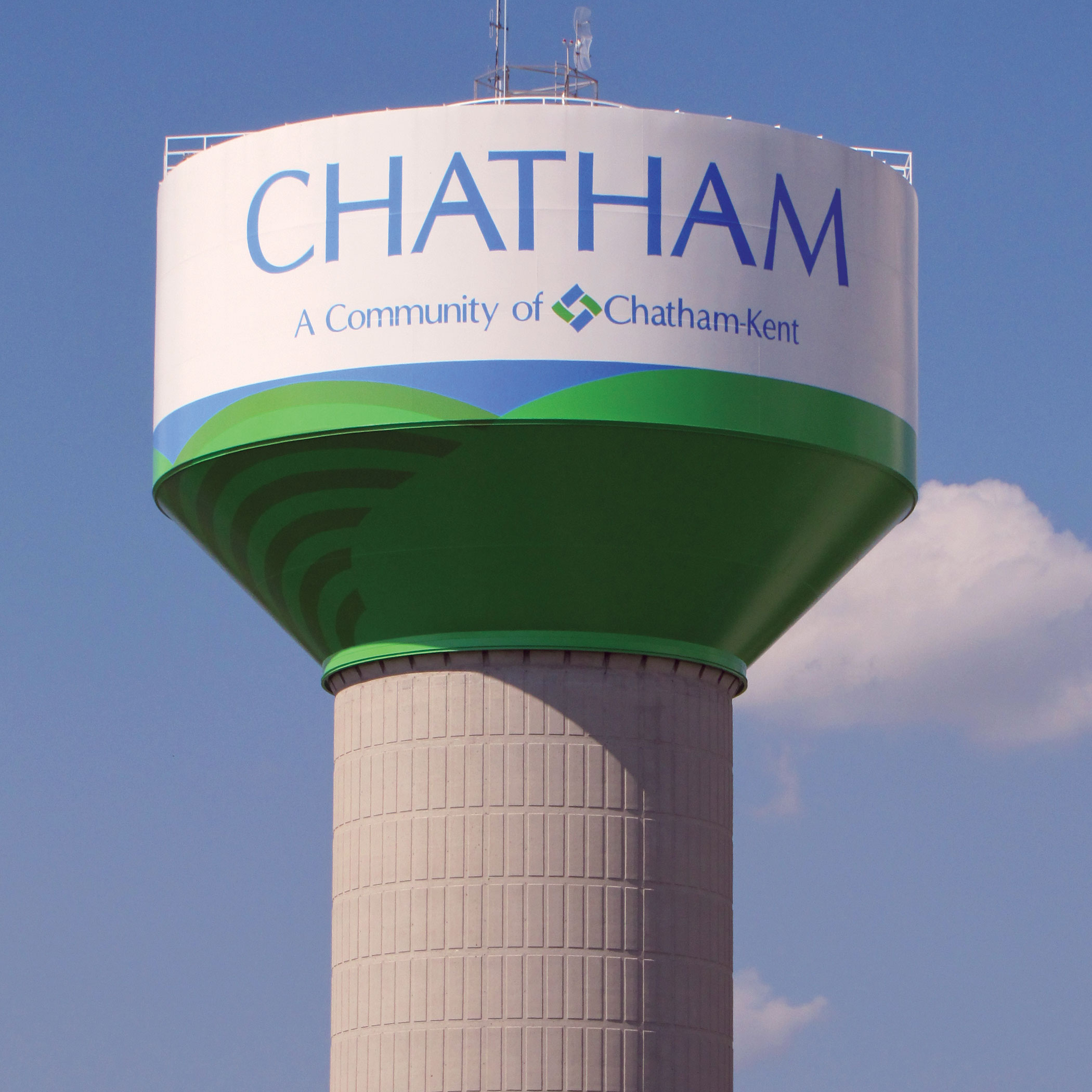 Next, the exterior steel received an intermediate coat of Series 1075 Endura-Shield, an aliphatic acrylic polyurethane, also used for corrosion resistance. A finishing coat of Tnemec’s Series V700 HydroFlon was applied. As the representatives at Tnemec explain, “…an advanced fluoropolymer [HydroFlon] in a blue and green color scheme was applied to signify the region’s fertile land and abundant water.”

The colorful tank was awarded a spot in Tnemec’s top three 2014 Tank of the Year competition. The color scheme has been so well received by the community it is now the go-to colorway for Chatham-Kent Public Utilities Commission.