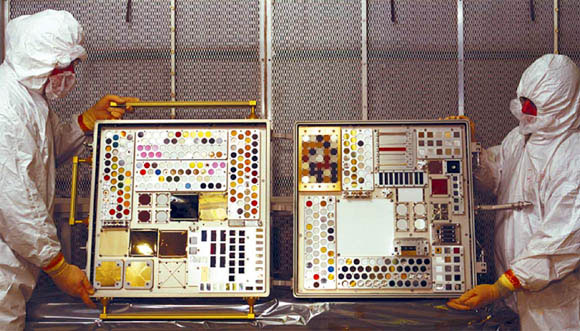 “The MISSE project evaluates the performance, stability, and long-term survivability of materials and components planned for use by NASA, commercial companies and the Department of Defense (DOD) on future low Earth orbit (LEO), synchronous orbit and interplanetary space missions.”

The 1,500 different samples of polymers, coatings, composites, plastics, metals, etc, were placed in testing containers known as Passive Experiment Containers (PECs), which allowed the materials to be transferred to and from the ISS. The tests were conducted externally on the ISS and ultimately determined what affects the atmospheric conditions would have on each component.

Each of the selected materials was individually tested prior to launch. The experiments on the ISS were conducted over several years on materials that are already used in space missions as well as those planned by the ISS for future missions. In addition to the harsh environmental conditions in LEO, man-made debris and meteoroids can physically damage materials.

Shield Products, a manufacturer and distributor of coatings in Jacksonville, Florida, produced a fluoropolymer topcoat known as Superior Shield that was used in the ISS markings test. NASA and the SYS-TEC Corporation completed the specific program in which Superior Shield was tested, MISSE 6, in 2008.

Superior Shield, an FEVE topcoat containing a LUMIFLON® resin, has excellent chemical, corrosion, and abrasion resistance. It has superior UV resistance and color retention, making it the perfect choice for the ISS markings tests. Ultraviolet radiation is extremely strong in low orbit conditions; these conditions often deteriorate and darken coatings. The LUMIFLON FEVE resin was chosen due to the high strength of its chemical bonds that enable the coating to resist degradation by UV light and atomic oxygen.

The markings were applied to round aluminum disks that were placed in the PECs which were flown into space in March of 2008. The markings were coated with Shield Products’ Superior Shield topcoat prior to launch and then exposed to the space environment for 18 months. Testing ultimately proved that despite harsh exposure in LEO, the protective coatings containing the FEVE resin allow for better readability over time, showing no effects from the atomic oxygen or solar radiation. It was concluded by the President of SYS-TEC that the Superior Shield product featuring the LUMIFLON FEVE resin would become the standard for all government and commercial clear coating applications for use in LEO.

LUMIFLON®, a product of the Asahi Glass Company, is a solvent-soluble fluoropolymer that offers distinct advantages to the architectural market. LUMIFLON® provides architects with the option of using brighter colors and higher gloss, allowing gloss values as high as 90; offers the flexibility to be heat cured or cured at ambient temperature, giving fabricators a choice between shop application or application in the field; and can be used successfully on a number of materials, including steel, aluminum, fiberglass, concrete and polycarbonate for 30 years without fading. 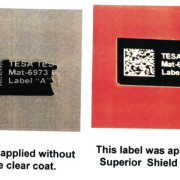 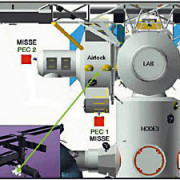 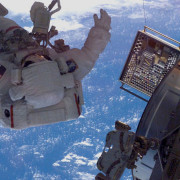 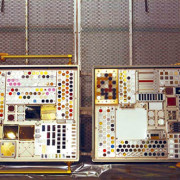