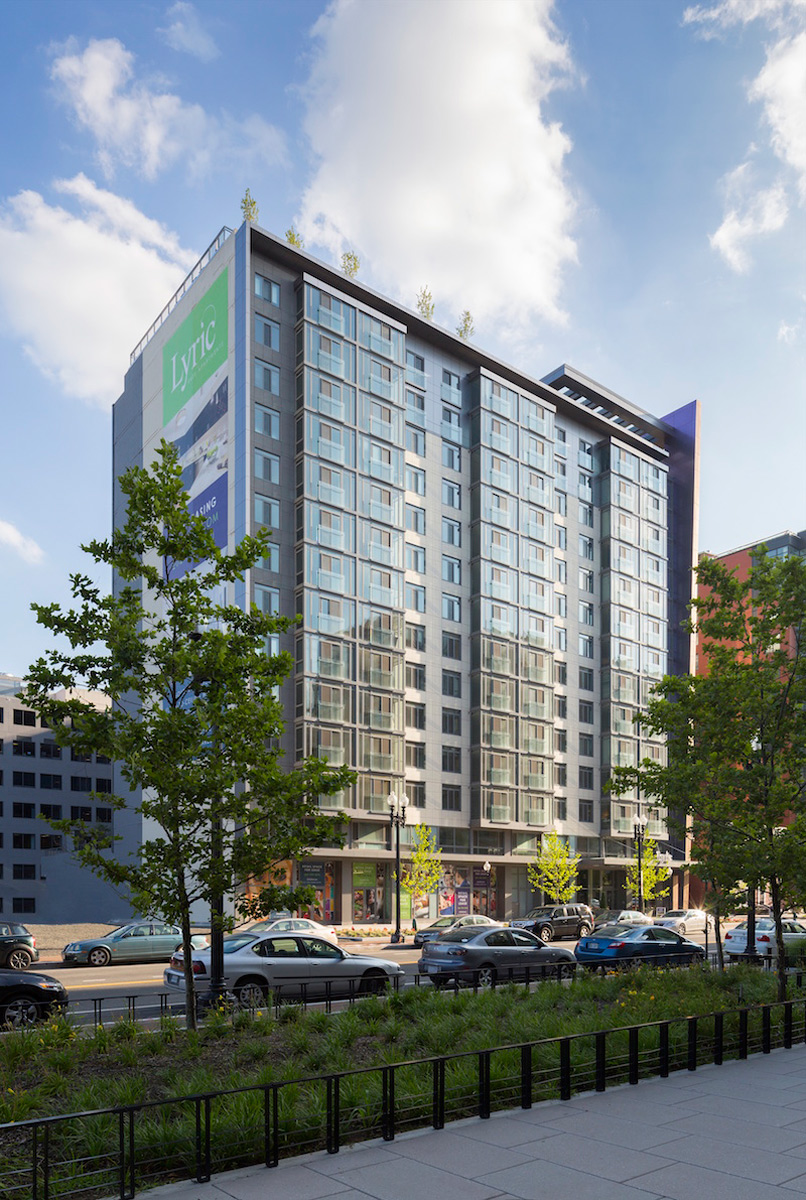 Over the past few decades, the nation’s capital has emerged as one of the greenest cities in the United States. Additionally, Washington, DC’s architecture has undergone a massive transformation, and more innovative and modern buildings have been popping up around the city. One such example exists in the Mount Vernon Triangle, an area east of the Washington Convention Center that once produced exclusively industrial and commercial activity. The Mount Vernon Triangle experienced an urban revitalization in which businesses became mixed together with new and historic residences and created a modern, fairly walkable neighborhood.

The Lyric 440K Apartments stands at the very center of the Mount Vernon Triangle, and can be seen as a representation of the neighborhood’s architectural growth. Quadrangle Development Corporation oversaw the entire project with Davis Carter Scott (DCS) Design taking on the responsibility of developing the architectural design. Architects sought an alternative to expensive porcelain tiles in order to convey the appearance they envisioned for the project. The solution was found in ALPOLIC’s aluminum composite material. ACM panels in Mica, Prismatic, and Solid Color finishes were used as the building’s cladding, achieving a stunning modern appeal to Lyric 440K.

The ACM panels applied to the building’s exterior were all coated with Lumiflon FEVE resin, which ensures the structural integrity of the coating. Lumiflon FEVE resin technology provides coating systems with outstanding durability, color and gloss retention and weatherability, so that architectural surfaces coated in FEVE-based coatings can withstand exposure to UV radiation, water, salt, and other elemental deterrents.