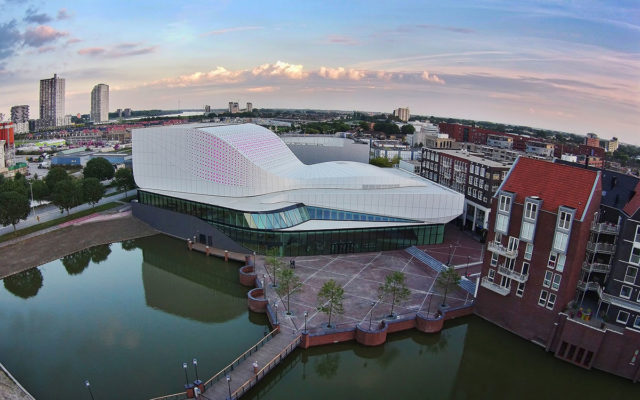 When UNStudio took up the job of designing the Theatre de Stoep in the Netherlands, architects were challenged with the task of creating a space that both fit building requirements and fulfilled the function of a theater in a creative manner.

Ben van Berkel, principal architect of UNStudio, offered insight regarding the theater. He stated, “In contrast to today’s mediated culture, theatre offers the participatory experience of the live event, often appropriately referred to as ‘liveliness’: the ‘magic of live theatre’, understood as the strange, elusive energy between audience and performer, the community forged together and the momentary collaboration necessitated by the live event.” 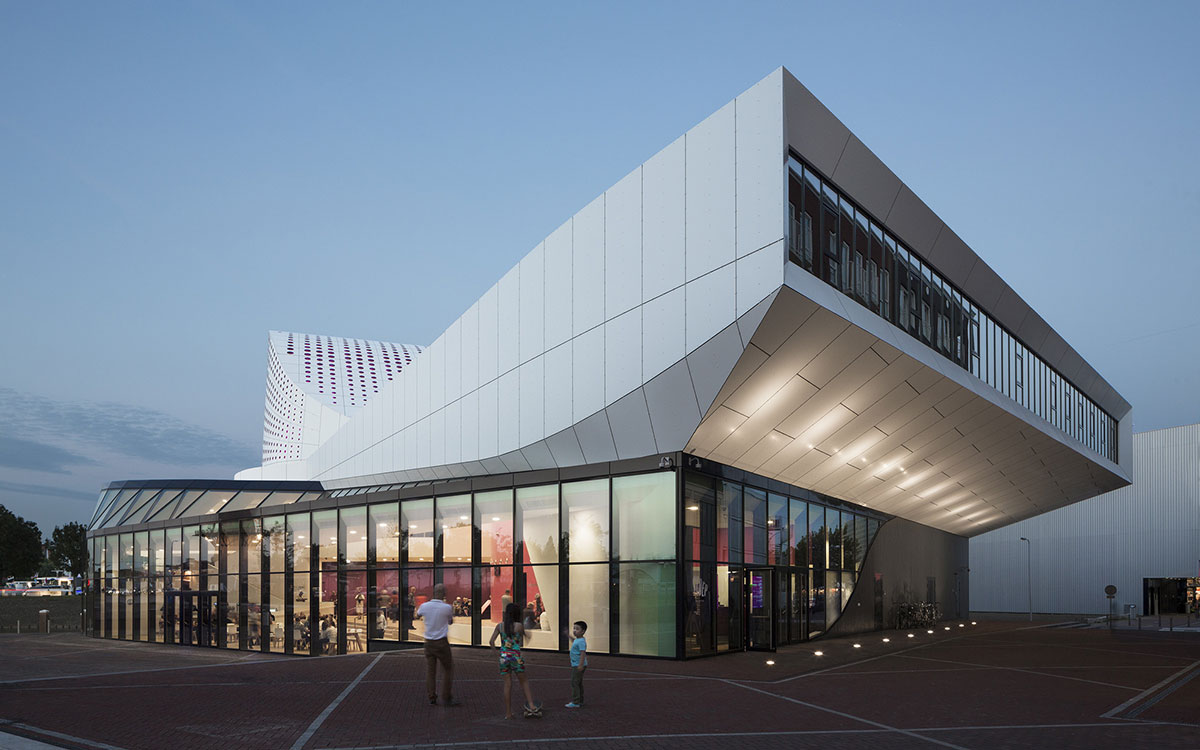 Designers created a building that would provide the ultimate theater-going experience, with light and color emerging as two major design points. The complex exterior facade, which was the result of a collaboration between UNStudio Design and Sorba, is comprised of aluminum composite material from ALPOLIC. LED lighting was installed throughout the facade, which casts a soft pink glow at twilight. The LED lighting, paired with the alternating curved and straight surfaces of the ACM creates an eye-catching effect, giving the theater a unique look like no other.

A Lumiflon-based coating was applied to the ACM material, ensuring that the theater’s exterior facade remains in excellent condition for an extended period of time. Architectural surfaces that are enhanced with Lumiflon FEVE resin technology enjoy longevity and durability, as the high-performance resin provides superior color and gloss retention and weatherability.