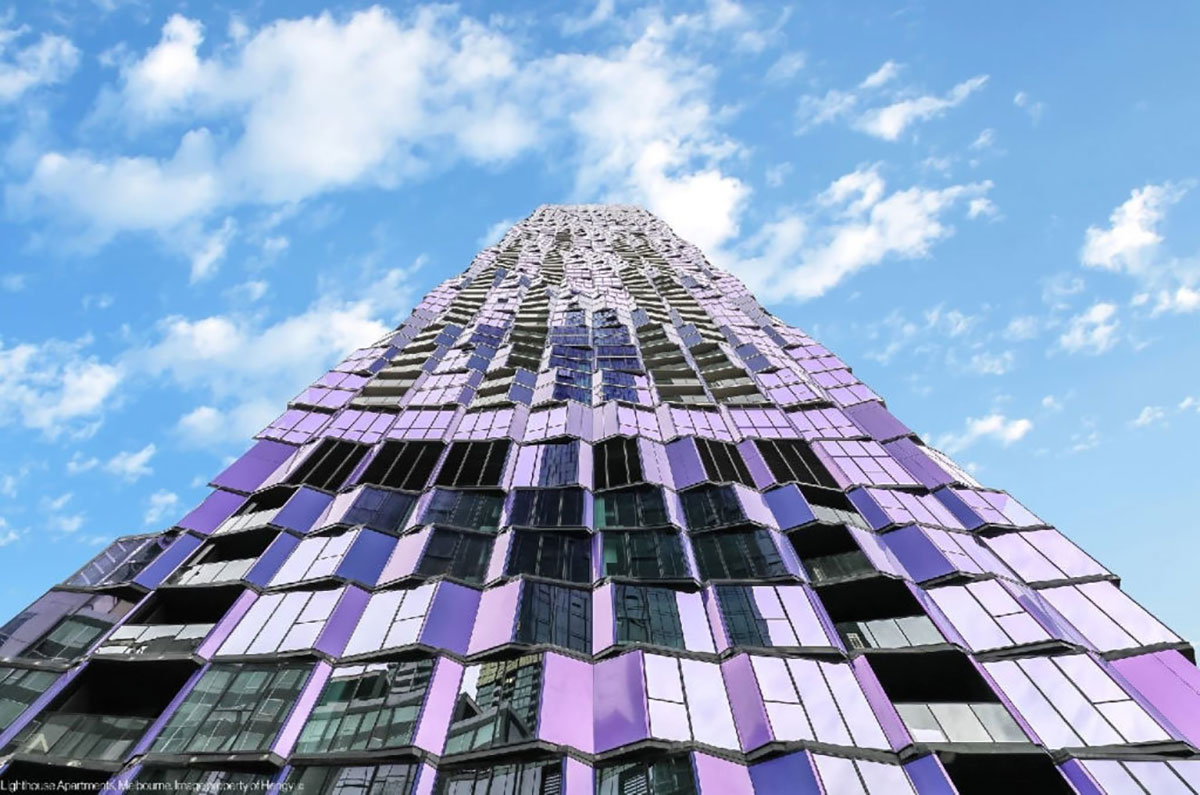 The Light House Apartments in Melbourne, Australia, a joint project between Hengyi and Sixth Grange, is a 500,000 square-foot mixed use development that was designed by Elenberg Fraser. The highly-anticipated structure, which was recently completed, gained much attention for its variety of high-tech amenities which include a car parking stacker system, pool, outdoor exercise terrace, and contemporary interior design, fully equipped with breathtaking views of downtown Melbourne.

The building itself is an architectural marvel, a vibrant structure spiraling towards the sky. Architects at Elenberg Fraser describes the building as, “…a twisting helix that seems to defy the laws of physics. Appearing to turn on its trajectory, the building has no corners.”

They continued, “This three-dimensional kaleidoscope not only twists and undulates on its axis but its facade is a moving object. The effect of constant motion is amplified by the iridescent contrasts of the goniochromism (which change color perspective)…”