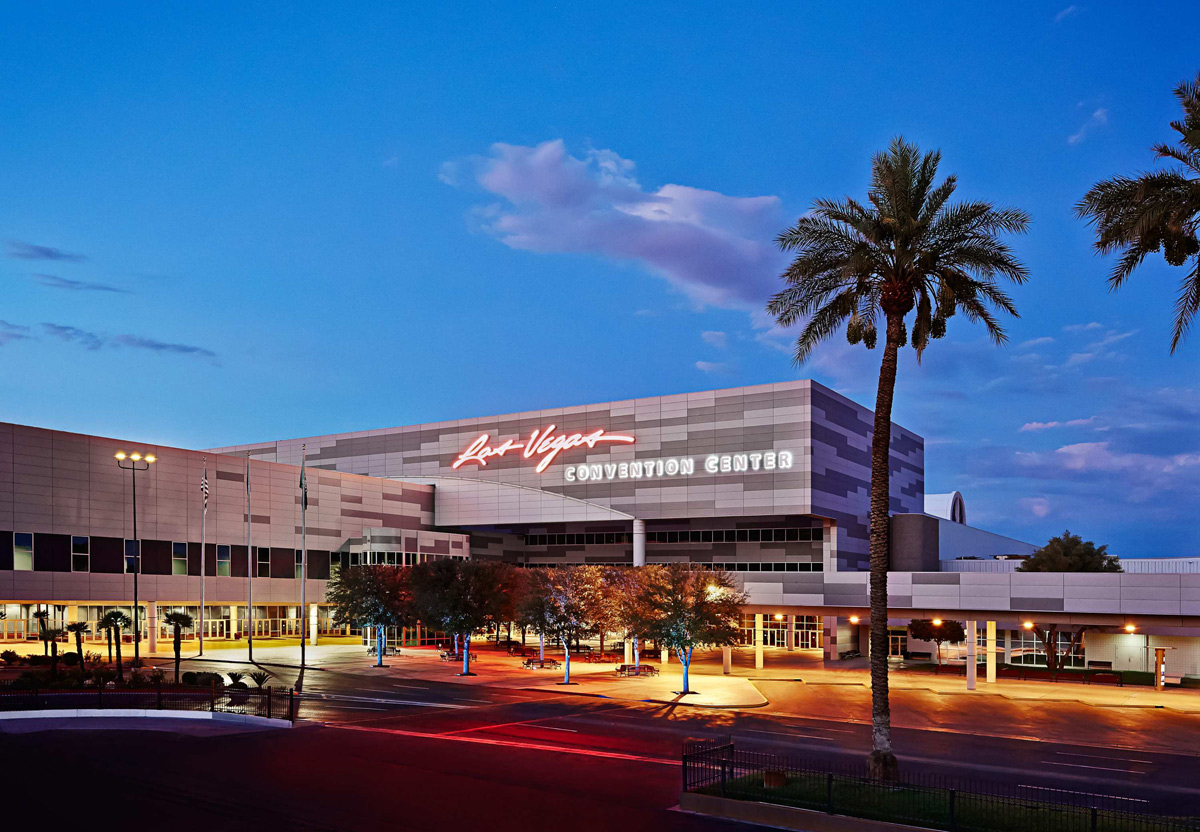 In recent years, the LVCC underwent a massive transformation, welcoming the historic building into the modern age. Prior to the upgrade, the building was very much a product of its time, an unremarkable aluminum-clad structure painted over in a vintage mauve-pink coating that was considered stylish in the 1950s. It was decided that the building’s design was outdated and sorely in need of an upgrade.

Techno Coatings Inc., an Anaheim, California-based firm that has received praise for taking on high-profile projects like Disneyland and Alcatraz, was able to secure the job. However, in order for the project to officially start, the LVCVA had to sign off on it. Former mayor of Las Vegas, Oscar Goodman, made an appeal for the case, arguing the likelihood of Las Vegas losing profit if the LVCC wasn’t modernized. Goodman’s pitch was presented with true Las Vegas flair. The then-mayor arrived at city hall, accompanied by two showgirls. Techno Coatings President and CEO Bruce Birney was present for the flamboyant display and revealed that Goodman’s antics were effective: The LVCC renovation project finally received the green light.

As per the LVCVA’s request, Techno Coatings hired journey painters from Las Vegas District Council 15 to help work on the 300,000 square-foot site. Due to its hyper-durability in the face of sunlight, sand, and wind, coatings from Tnemec were selected. The exclusively-Tnemec coating system was completed with Tnemec’s Fluoronar 1072, a high-solids fluoropolymer. The project took approximately three months to complete, half the projected time.

A major concern regarding exterior coatings on high-exposure projects is the longevity of the coating. Fortunately for the LVCC, the exterior’s topcoat, Fluoronar, was enriched with Lumiflon FEVE resin. FEVE-based coatings offer surfaces a plethora of benefits, including unparalleled weatherability, exceptional color and gloss retention, and longevity, which eliminate the need to recoat.

Approximately 500 gallons of Fluoronar was used for the project.